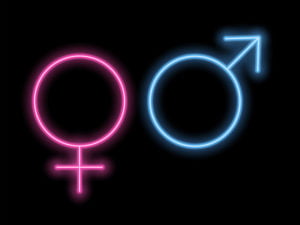 Women still make up a woefully small percentage of business founders across tech industries and tech startups. According to a recent report published by Beauhurst the number of women founders or executives in scaleups across all industries is also tiny. They found that only 4% of UK ‘Visible scalesups’ had at least one female founder. (Source: The Scaleup Index 2017)

There is some evidence that part of the problem is that it’s harder for women to attract seed and venture funding. This was highlighted by a PwC report published last year that revealed that women across the world are more successful at raising crowd funding. Why? – Because the playing field is more even. Here is just one statistic from the PwC report that illustrates the gender barriers women face in securing funding: “In the UK, over 220 early-stage, digital startups found that male entrepreneurs were 86% more likely to be VC funded than their female counterparts, and men were 59% more likely to secure angel investment.” (See: Seed Crowdfunding Data Reveals Women Outperform Men – Why?)

Women are also not choosing to study STEM (Science, Technology, Engineering, and Mathematics) subjects. “In STEM only 25 per cent of the UK’s graduates and 21 per cent of its workforce are female. (Source: Women in STEM) There are undoubtedly cultural factors and stereotypes influencing the educational choices men and women make and what career access they have to jobs in STEM based industries.

There are too few visible women in the world of tech. A recent case in point is the CES (Consumer Technology Association) show held in Las Vegas in January 2018 – the self-acclaimed ‘global stage for innovation’. It did not go unnoticed by media commentator’s that there were “no women leading the keynote sessions and no code of conduct that might prevent incidents of sexual harassment, despite efforts by organizers to cast the show as a more inclusive event.” (Source: UK Reuters) 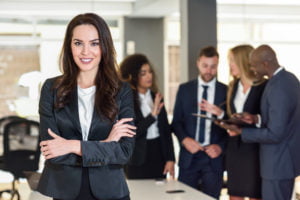 There are UK based initiatives to address the dearth of female founders in UK Tech startup businesses and in science and tech based careers. Women in STEM and WISE (campaign for gender balance in science, technology & engineering) are two notable organisations. Between them they provide a wide range of tools, information and support.

While their contribution is very important, it seem unlikely that the number of female founders of UK tech startups and scaleups will significantly change until there is a more widely based shift in cultural norms.

If you are looking to balance your events by adding more female speakers, Tech World have compiled a great list of 348 women in the UK who could speak at your tech event.

With gender equality and respect for women firmly on the agenda at the start of 2018, I hope that we have reached a tipping point. But whether there will be a positive change in policies and practices to help level the playing field for would-be female founders in UK tech startup and scaleup businesses – only time will tell.

Are you running a pioneering tech or STEM business? – Then contact our innovation funding specialist Linda Eziquiel  to see what support your company could be tapping into.

We have advisors all over the UK. Get in touch today for expert guidance and support.
← Prev Next →
Published: March 4, 2018
By: Linda Eziquiel

YouTube videos are available from our online conference: Growing your business globally The conference was held on 14th October 2021. This post was updated to include conference videos. We would appreciate if you would subscribe to our YouTube Channel....