Why Women Are Outperforming Men With Their Crowdfunding Campaigns? 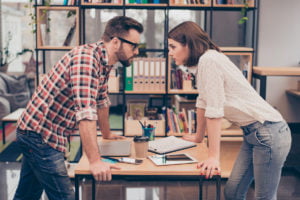 A recent report by PwC, in collaboration with The Crowdfunding Center: Women unbound Unleashing female entrepreneurial potential – has revealed startling findings. Below I have summarised a few of the most fascinating findings and conclusions – you can download the full 24 page report by following the link below this article.

Based on two years of seed crowdfunding data from nine of the biggest crowdfunding platforms globally – the report indicated that overall:

Interestingly worldwide the biggest gap looking at male-led versus female-led success rates were in Ireland with female-led 20% higher, Denmark and New Zealand both 15% higher. The smallest gaps were in Canada, Italy and Spain where women had a 3% greater success rate.

So what does this mean?

“What the data in this report shows clearly is that opportunities for women entrepreneurs have not been equal, but thanks to crowdfunding, entrepreneurs can now access the market directly – and this makes a huge difference.”

“Endemic bias is a problem women entrepreneurs should no longer face. Eradicating these barriers provides opportunities that will benefit women and men, business, and society…” 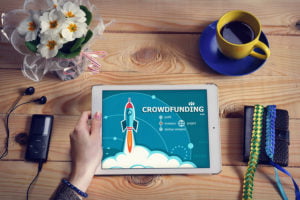 What else is in the report?

There is a good introduction to Crowdfunding and some background information on the data, plus interesting graphics illustrating key finding. The broad benefits of opportunities of seed crowdfunding are pulled out. Besides the obvious benefit of raising funds, other benefits include market validation, the ability to pre-sell a product and increased likelihood of forging partnerships.

It highlights some of the extra barriers that are still clearly present when it comes to female-led or owned businesses getting access to finance, such as:

“VCs with only male partners are more likely to invest in male-led projects or businesses – only 2.7% of 6,793 companies funded by VCs had a female CEO.”

“…barriers to women’s participation within networks is often a critical reason for lack of access to opportunity.”

“In the UK, over 220 early-stage digital startups, it was  found that male entrepreneurs were 86% more likely to be VC funded than their female counterparts and men were 59% more likely to secure angel investment.”

It has a section on the way forward and a couple of case studies.

We have advisors all over the UK. Get in touch today for expert guidance and support.
← Prev Next →
Published: July 30, 2017
By: Linda Eziquiel

YouTube videos are available from our online conference: Growing your business globally The conference was held on 14th October 2021. This post was updated to include conference videos. We would appreciate if you would subscribe to our YouTube Channel....