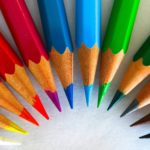 The use of the word ‘continuously’ is purposefully placed in the title of this blog article. Why? Because I fully believe that if a company does not continuously sharpen its competitive edge, it won’t be long before they do not have one in today’s ever-increasing pace.   I’m sure we can all think of examples of companies who have been market leaders and no longer exist or have had to sell assets and/or shrink in size to survive. Eastman Kodak is a prime example. Kodak began to struggle financially in the 1990s when digital camera technology hit the retail market. Only recently they have emerged from bankruptcy, after selling many of its patents to current giants including Google, Apple, Samsung, Microsoft.   Woolworths is another case in point. It used to be one of my favourite stores for spending my pocket-money. A few pence went a long way in Woolworths – a child’s paradise. Several months before they closed their retail outlets in the UK, I recall walking in and out of Woolworths, … END_OF_DOCUMENT_TOKEN_TO_BE_REPLACED