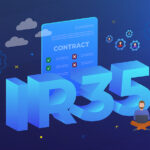 Introduction IR35 was introduced in April 2000 as the Intermediaries Legislation to tackle the problem the HMRC had with what they term “disguised employee”.   What is a “Disguised Employee”? A “Disguised Employee” is an employee who works as a self-employed contractor using a limited company to reduce their tax liability. The contractor operates under the same terms as a permanent employee. The objective of IR35 is to determine whether a contractor is correctly working as self-employed or should be a permanent employee. The reason for this is because HMRC have seen the fall in PAYE and National Insurance contributions be people who have arranged their affairs to minimise tax.   The Artic Systems Case The case of Jones v Garnett finally reached its end on 25 July, when the House of Lords gave a judgement unanimously in favour of the taxpayers. This marathon of a case concerned Mr and Mrs Jones, who owned one each of the two shares in Arctic Systems Ltd, their family company. Mr Jones … END_OF_DOCUMENT_TOKEN_TO_BE_REPLACED

IR35 in the Public Sector   How could this affect your business?   Introduction IR35 is a piece of legislation that allows HMRC to collect additional payment where a contractor is an employee in all but name.   If a contractor is operating through an intermediary, such as a limited company, and but for that intermediary they would be an employee of their client, IR35 applies.   New rules for IR35 will apply from the 1st of April 2020 in the Private Sector as they have been applied in the Public Sector for the last two years.   Each business needs to assess the Risk and implications of these new rules and make the necessary changes to procedures before early April 2020.   Who will be affected in the Private Sector? Medium and Large Companies will be the initial target of the IR35 rules and they will follow the rules that now apply in the Public Sector.   Small businesses do not have a definition for IR35 but the definition will probably follow the criteria in Companies Act 2006.   How … END_OF_DOCUMENT_TOKEN_TO_BE_REPLACED